On 14th March 2018, Prof. David Jarvis, Chief Technology Officer of HIPtec, gave an invited keynote lecture at the TMS 2018 Annual Meeting in Phoenix, USA. The company presented its novel manufacturing technology, for the first time, to an international audience of industrialists and academics in a special keynote symposium arranged by FEMS and TMS.

DUE TO THE INHERENT ENERGY AND MATERIAL EFFICIENCY of 3D net-shaping (80-90%), HIPtec components offer major quality, cost and lead-time benefits to industrial end-users, as well as environmental benefits to consumers and citizens.

WITH ONE METRIC TONNE OF METALLIC COMPONENTS produced in year one, HIPtec is now poised to expand its production, based on scalable, sustainable technologies. HIPtec helps make the manufacturing industry better, cleaner and faster. 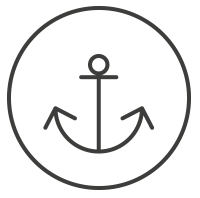 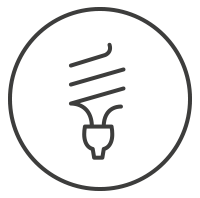 Maritime industry and the energy market are HIPtec’s target markets.

In the maritime industry, our products are relevant to shipping, propulsion, naval, offshore and subsea.
In the energy sector, our technology can be applied in power generation, hydropower, wind, oil&gas and nuclear.

Scatec Innovation AS is a catalyst for new business ideas and an incubator for high-tech companies within the fields of renewable energy and advanced materials. The company was founded more than 20 years ago by Dr. Alf Bjørseth. Through Scatec, he established and developed the industrial successes ScanWafer, ScanCell, and ScanModule which were later merged into Renewable Energy Corporation (REC), listed in 2006 on the Oslo Stock Exchange. Scatec Innovation also established and developed the solar energy developer, Scatec ASA, listed in 2014.

Scatec Innovation is a small, corporate organization with all the competences needed to establish a company, including technology and business development, finance, legal, human resources, communications, and office support. Dr. Bjørseth has retired, but his family company, Scatec Innovation, continues to establish new initiatives based on innovative technologies. HIPtec being one of these initiatives.

John Andersen Jr. is the CEO of Scatec Innovation AS and HIPtec AS. He is the former Chief Operating Officer of the REC Group, where he held several top management positions during his 12 years with the company. Prior to REC, he worked in Borregaard Industrier. Mr. Andersen holds a Master of Business and Economics from BI Norwegian Business School in Oslo, Norway.

Dr. Ole Grimsrud is CEO in HIPtec and also VP of Research and Development at Scatec Innovation AS. With a PhD in physics from Cornell University, USA, Dr. Grimsrud has worked in the renewable energy sector for over 15 years, first at REC and more recently at Scatec. Prior to that, he worked as a consultant at McKinsey & Company. He now provides business insight, technology assessment and strategy within HIPtec.

Prof. David Jarvis (Chief Technology Officer) has a long track record in industrial and governmental R&D, having previously worked at BMW, ESA and as the Chairman of Metallurgy Europe. As a trained metallurgist, he is now focused on turning laboratory ideas into commercial business for HIPtec. Dr. Jarvis is also a Professor at Swansea University in the UK, and a Foreign Member of the Royal Swedish Academy of Engineering Sciences.

Dr. Wayne Voice (Senior Technology Consultant) has 40 years’ experience in materials and manufacturing, having worked at both Rolls-Royce and ESA. Dr. Voice has extensive knowledge of physical metallurgy, alloy development, metal processing and material testing for high-tech applications, such as aerospace and nuclear. He now provides technical consultancy to HIPtec.

Hanna Skarstad MSc (Research Engineer) is a graduate from NTNU in Trondheim, Norway with a Master’s degree in Materials and Chemical Engineering. She has international experience in the renewable energy sector and has worked at the IRENA Innovation and Technology Centre in Bonn, Germany. She now works on laboratory R&D and scale-up technologies within HIPtec.

Dr. Francois Tang (Senior Process Engineer) has 8 years’ experience working on industrial projects in the field of additive manufacturing and alloy development. Having previously worked at ESA and Norsk Titanium, Dr. Tang is now bringing his expertise to HIPtec, where he is involved in process standardisation, quality control, NDT and component inspection. Dr. Tang holds a PhD in mechanical engineering from McGill University, Canada.